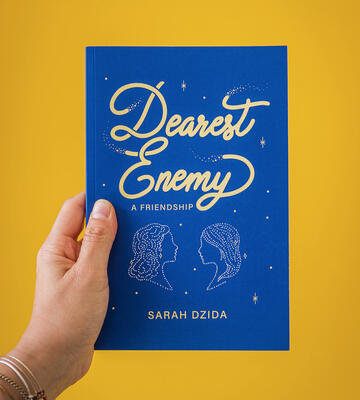 A hybrid poetry memoir about Japan and friendships by Sarah Dzida.

Get it digital or in print anywhere in the world. 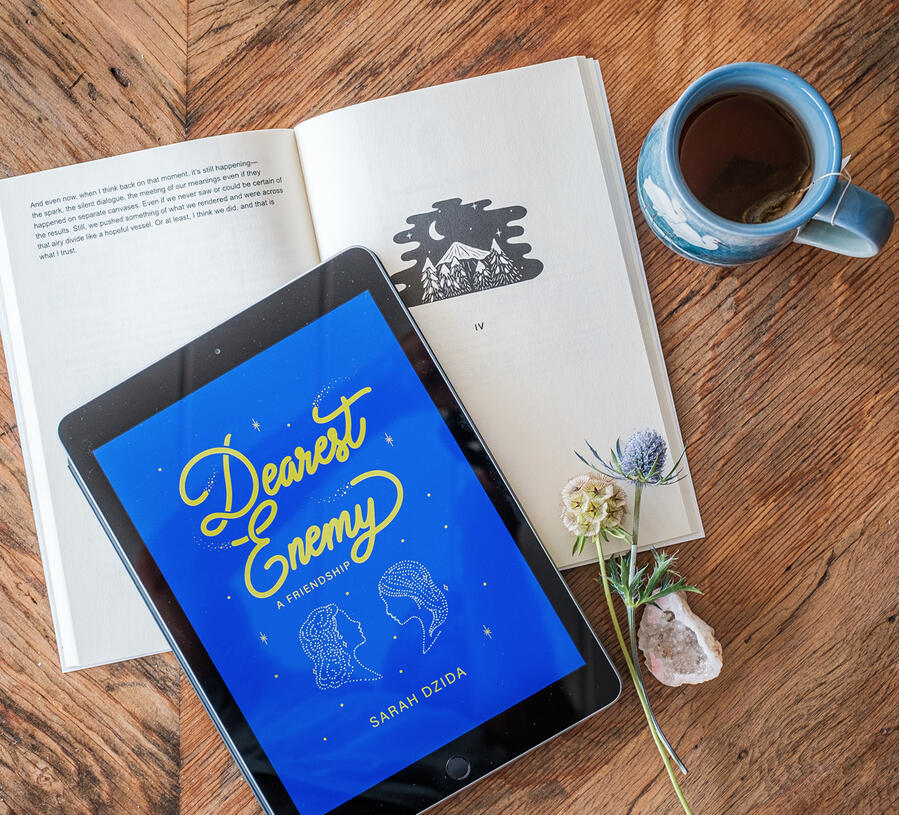 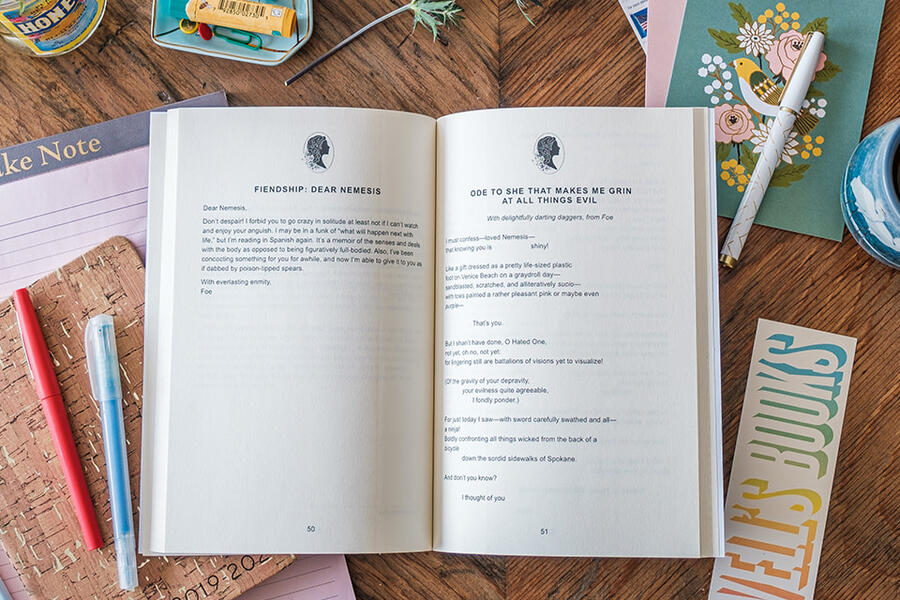 Here is an excerpt.

who is the author?

Learn about the author and other people who put this book together. 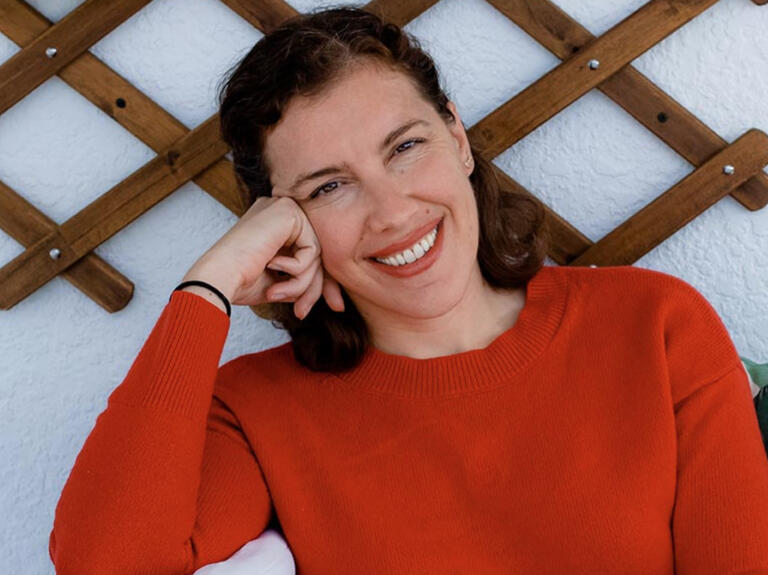 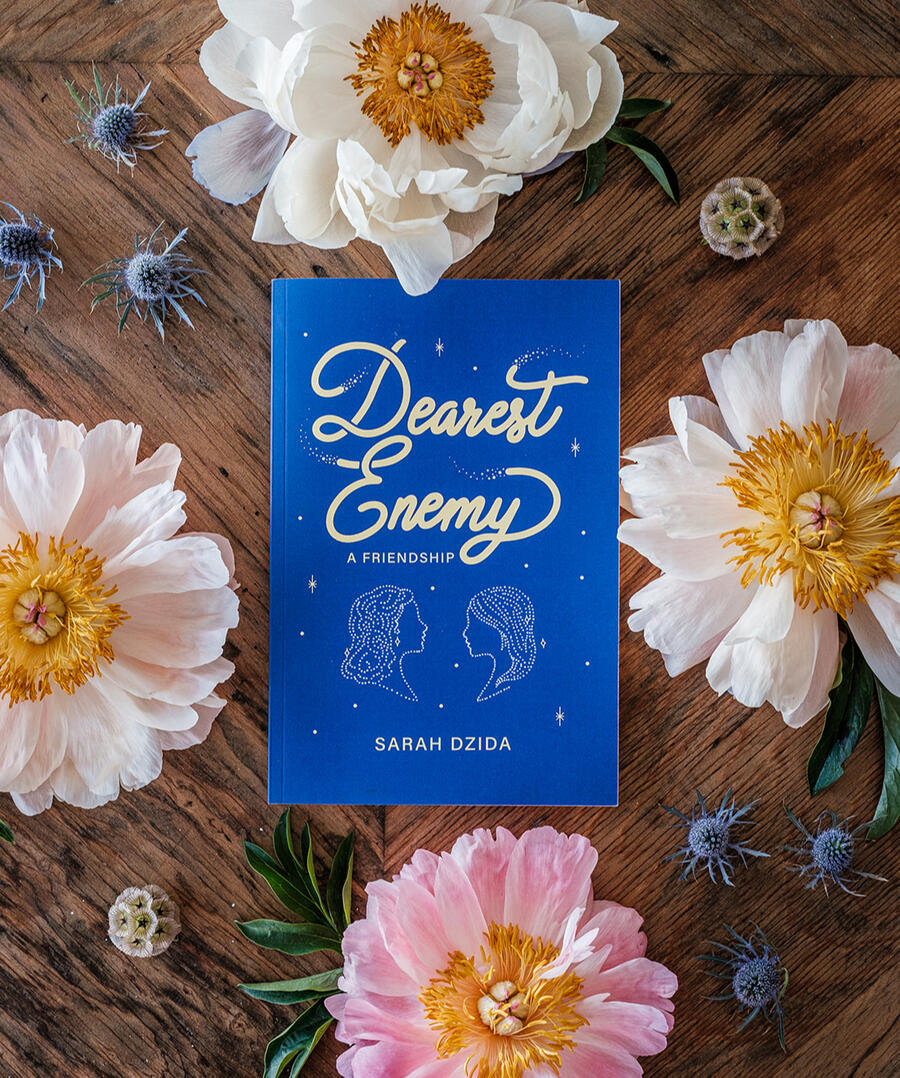 Get more goodies about the book. 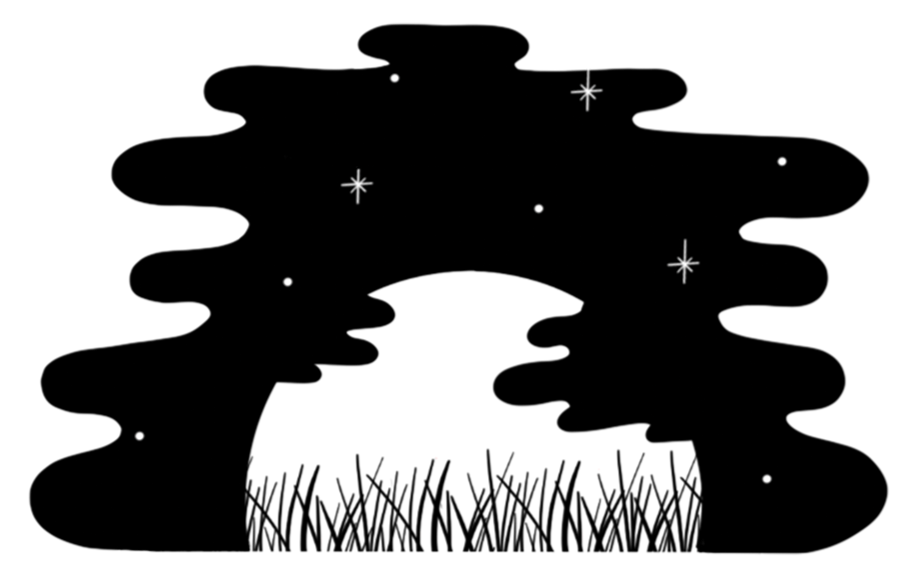 I thought it all began because of a word: “Nemesis.” You stole it from my unknowing throat. Tied the polite reciprocation of being titled to my shoulders. What word could I dub you that equaled an equally implicit and devious passion for ruination?

“Funny,” you say. “I believe the word ‘Foe’ burst from your head first. It was so persistent and curt like an accusation. And I was the party left barefoot and scrambling to find another word, which never quite measured up.”

SUBJECT: OF ETIQUETTE AND ACCUSATIONS

From: “Nemesis” <sarabelle@hotmail.com>
To: “Foe” <jellofortress@hotmail.com>
Subject: Of etiquette and accusations

You know there are days that wilt off a calendar due to the viciousness of a schedule that demands beheadings, scaldings, scoldings, and scribblings until the being that is chained to this anatomical abomination lifts her befuddled head to bestow a look that is askew on the world only to find that her dearest and most hated enemy—the poltergeist that infects her nightmares, the virus that stains her plans, the menace that makes the fangs of shadows seem benign—goes and gets engaged twenty-eight days without telling her.

Let’s hope her invitation doesn’t get lost in the mail, causing her to come in a flash of green fire to curse someone’s child. There are reasons that these things are the dictates of a polite society.

Otherwise, I do aikido. I teach class. I’m trying to wake up on time. I ate two cartons of cottage cheese then went to a jam party.

With seething hatred and hugs,

I confess, beloved Foe, that I am always looking to find the fray beneath my hair to discard my shape. Only then can I become lucid and articulate and capable of opening mysterious doors—one of which you helped unseal over two years ago. And because of what was unleashed, I keep returning to this ember of a memory of dark trees en pointe and of a beardless moon, its naked chin provocative and pierced with a grin. I’m a senior in college, and I sit on the lip of this sunken garden of grass on our Los Angeles campus—a valley that seems football-field vast in this empty midnight hour. In that memory, I feel as if I’m giving the greatest performance of my life even if I’ve forgotten certain details. Even if in reality I’m just eating salad out of a plastic container. But even now I still feel the juniper trees that sweep into arabesques around the agape mouth of the lawn, the drawn attention of all the blades of grass, the empty “O” of the church doorway across from me, the moon drifting in and out of some role in a play, and your disembodied voice from the mobile phone at my ear. You pull spontaneity and beauty out of my throat in the shape of language for it to float out and up into the night air—such that I feel wholly, exactly like the person I am always supposed to be.

I keep trying to repeat that night. Sometimes, I slip back through small things—a red-veined leaf pressed back on the bed of a shallow stream in Japan. Sometimes, I slip through unintentionally—like at Mogushi beach at twilight. And sometimes, I just happen into it when I must—such as a walk philosophic on an evening when the moon peeks through a palm frond at me. But never that night exactly. Never what I remember. And while I understand how time moves forward and all the science behind it, I still try to re-alchemize the pieces, which include you. That is why my instinct is still to insult you. When I’m desperate for a muse, I look to you to help recreate the chemical reaction that birthed all the words volleyed between us. It’s language I still like to cup in my hands to shake in front of the faces of others. To say, “See!”

In my first week in Japan, I hurt my back because of the brouhaha of bringing my life from one country to the other. In my new home, I panted like a freshly deboned fish. Lying next to my open suitcase on bare tatami, I sniffled at the grassy, musty aroma and became acquainted with the embrace of the summer’s heavy humidity. It was taifuu season—a storm was imminent. At least, I think it was, but I needed painkillers. So I cranked myself upright and hobbled down the narrow alleys between apartment buildings. I remember seeing a dragonfly hovering above the road at an intersection. It flapped its wings, but the heat was so thick, its efforts could not make it move.

What does a pharmacy look like in Japan? There are so many corners in strange cities no matter their size. Shops had windows, but I only understood my reflection in them. If only I knew how to say: “here,” “I need,” “I want,” “do you have.” But I didn’t. Instead, I knew only one possible conjuration. Like a shipwreck survivor, I catalogued my tools: First, use my legs to find and walk into a pharmacy. Second, move my eyes to seek out and arrest the attention of a pharmacist. Third, smile. Fourth, point at my back and say itai, a word I found for “painful” in a dictionary. Then see what came next.

The first pharmacist froze. She stood up, bowed deeply and disappeared into the back room. I waited ten minutes before I discerned she had no plans to return.

Another pharmacist walked out of the back room. He wandered behind the counter without looking at me. His head disappeared as he knelt down to shuffle medicines on their shelves. I limped in closer. What choice did I have?

“Sumimasen,” I said. Despite my polite manner of address, the man’s spine bolted him up straight, as if he went from seedling to tree in mere seconds.

“Itai,” I said, pointing at my back. The man shifted his weight from one foot to the other, as if uncertain what direction to move. Suddenly, he pivoted toward a high shelf and removed a benign box of pills from their place. He then released a river of Japanese at me, and I received them all into hands held up limply at my chest.

Then the pharmacist knelt again, disappearing below the counter. I heard grunts, and he reappeared with a massive binder. Motioning me over, he flipped through pages in what must have been a corporate handbook for situations exactly like mine. I could see multiple languages with corresponding Japanese translations for pharmacists to ask questions and give directions.

“Ikko wo nonde,” he said. He traced the Japanese line to the English translation. He held up the box and a pointer finger to emphasize that I should take one pill.

“Ato de taberu,” he said. Then he pinched his pointer finger and thumb together and gestured eating whatever was between them. We clapped in delight.

Now he moved his body with lightness, and without using the book, he playacted my medicinal routine. He folded his hands under his cheek and closed his eyes. Then tilted his head vertically, blinking his eyes awake. He pantomimed eating rice with chopsticks then taking a pill after breakfast. He then did the performance in reverse so that I would know to eat my painkiller before bed. I gave him a thumbs up, bowed, and then grimaced in pain. We both laughed, and when I left, he escorted me to the door and bowed me out into the ripening summer. 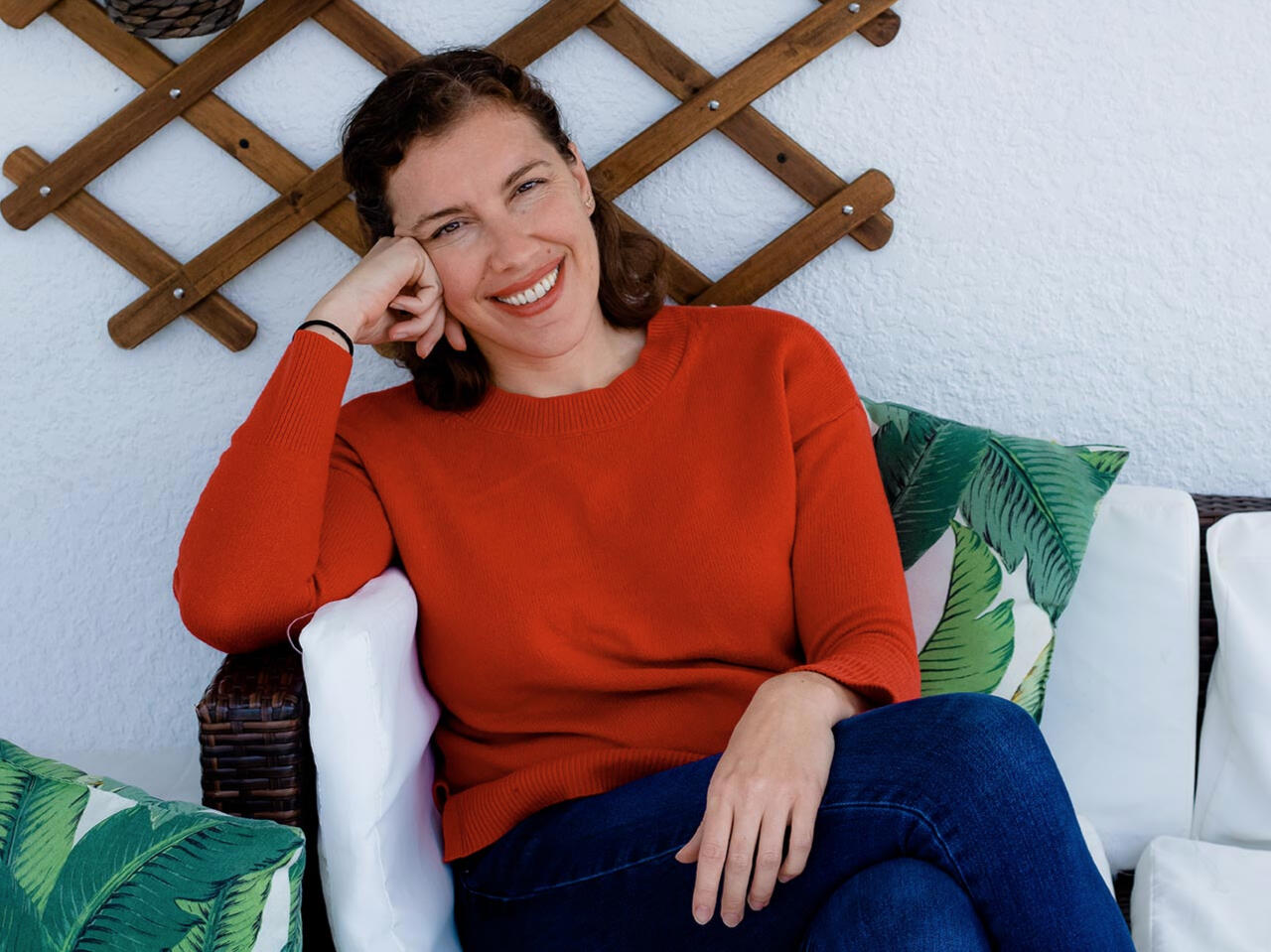 Sarah Dzida has written poetry, magazine articles, theater reviews, essays, and martial arts books. Her fiction piece “Crush!” appeared on The Huffington Post. Her poetry has been published online, in print, and in her art piece “Compliment,” which was displayed in an exhibit at the Architecture + Design Museum in 2012. Her creative nonfiction has appeared in MARY: A Journal of New Writing and Sushi and Sake Magazine. She received her Master’s degree in the multi-genre Masters in Professional Writing Program at USC where she worked with Dana Goodyear, Mark Richard, and Janet Fitch. When not writing, Sarah is a user experience designer and content strategist who builds innovative digital interfaces. Go to sarahdzida.com

Acknowledgements: During the writing of this work, the author had the gracious support of her dearest enemy, Katrina Swenson, as well as full access to her opinions and memories. Much of Foe’s dialogue and perspective is ripped from whatever she and the author could recover from various electronic devices and storage containers. However, while they may have originated from Ms. Swenson, they were cut up, repasted and collaged by the author to fit into this piece. But certain poems are one-hundred percent Ms. Swenson’s creation, and they were added to this novella with her blessing. 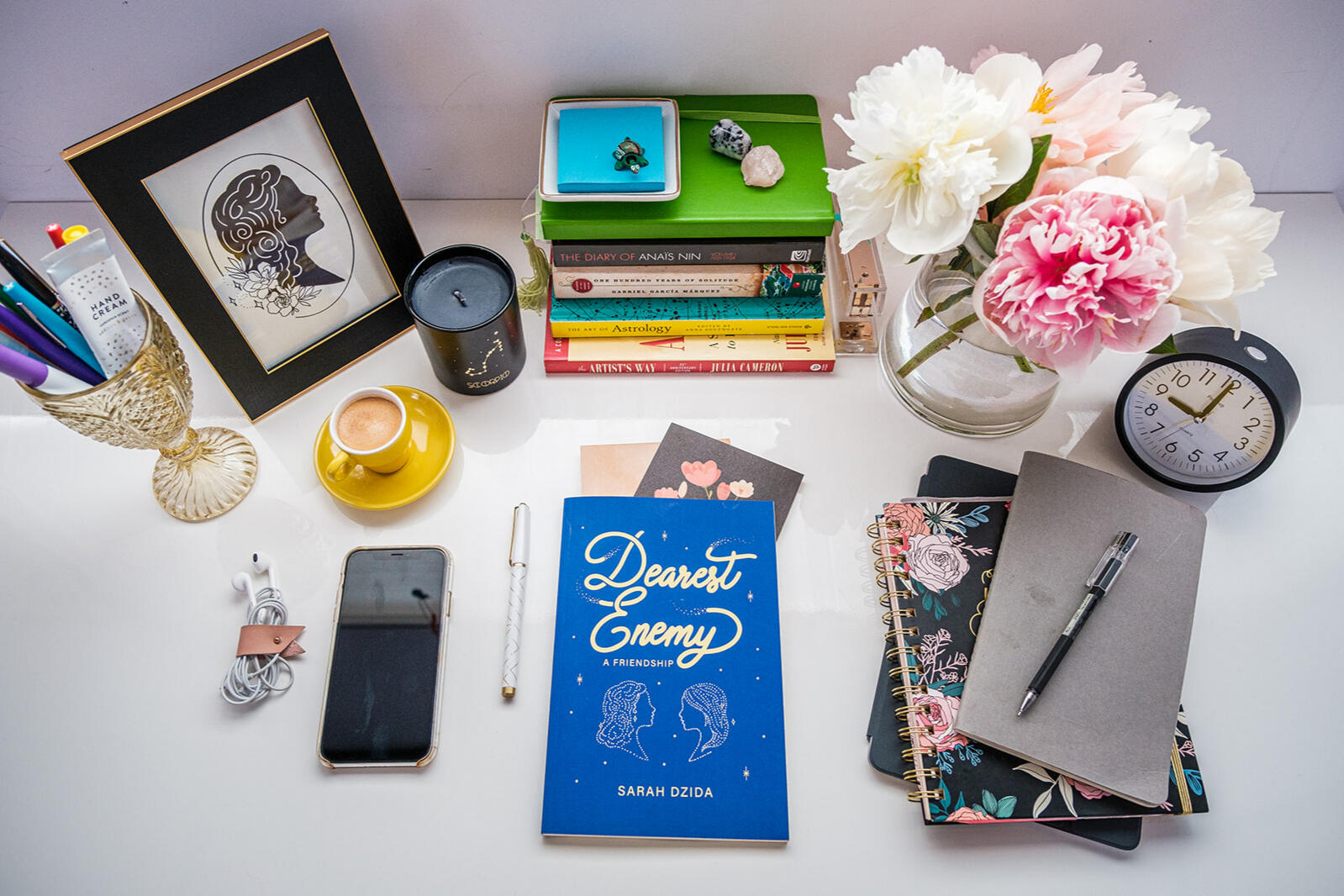 It took me a long time to find books that shared the same spirit and style of what I wanted to write. Here are the ones that helped me along the path to my finished story.

While writing Dearest Enemy, Foe and I dug through a lot of old correspondence and notebooks. In the process, we remembered and shared poetry that we loved or had fallen in love with individually. Some of it is even acknowledged in the book!